PREVENTING THE RADICALIZATION OF MUSLIM-AMERICAN YOUTH

A Miami defense attorney says reaching Muslim-American youth early is the key to preventing their radicalization.

Miami defense attorney Khurrum Wahid has handled hundreds of white-collar crimes, violent felonies and juvenile cases, including murder. In the days after the 9/11 attacks, he worked with civil rights organizations to represent people detained on material witness warrants and immigration holds related to the attacks. Wahid has also defended individuals charged with committing or conspiring to commit acts of terrorism. Wahid began this work while serving as a Florida public defender.  Later, he started his own criminal defense practice, Wahid Vizcaino LLP, where he continues his work with those accused of terrorism and related crimes. In the past decade, Wahid also has worked to integrate young American Muslims into American life, co-founding and now serving as vice chair of Emerge-USA, a national nonprofit created to provide civic engagement for young Muslims. Emerge introduces young people to elected officials and community leaders and helps them to productively express their concerns about American policies. Wahid talked to the Intelligence Report in October, sharing the insights he has gained from his work. 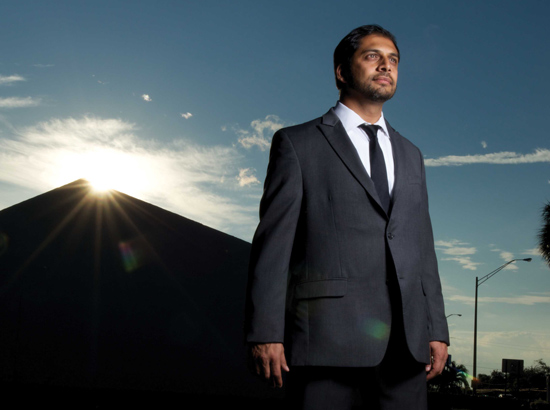 Khurrum Wahid doesn’t make excuses for domestic jihadism, but he points out that only a “microscopic percentage” of U.S. Muslims engage in terrorism. He also suggests that intervening early with young Muslims could cut those numbers even further. Photo Credit: AARON ANSAROV

Khurrum Wahid doesn’t make excuses for domestic jihadism, but he points out that only a “microscopic percentage” of U.S. Muslims engage in terrorism. He also suggests that intervening early with young Muslims could cut those numbers even further. Photo Credit: AARON ANSAROV

How did you come to do this work?
After 9/11, I was one of the few defense attorneys known in the American Muslim community. Once the authorities began picking up suspects, I started getting calls and helped to find attorneys for hundreds of cases. It was largely pro bono work, involving material witness warrants and other lower level cases that detained people. What a steep learning curve! I’d never handled a federal material witness complaint before that.

You continued after leaving your public defender job?
I left the Neighborhood Defenders Service of Harlem in 2005. My first well-known case was Ahmed Omar Abu Ali, a Virginia man and alleged member of Al Qaeda charged with plotting to assassinate President Bush. Some other well-known cases I had were Shahawar Matin Siraj, who was accused of a plot to blow up Union Station in Manhattan; Dr. Rafiq Sabir, who was charged with taking an oath to treat wounded Al Qaeda members; Ehsanul Siddiqui, who was accused of trying to create a video to help recruit jihadists; and Syed Hashmi, who was charged with helping another person to send equipment to Al Qaeda members in northern Pakistan.

When I was still a Miami public defender, I voluntarily took on the case of three medical students who were wrongfully accused of plotting to blow up Miami on the first anniversary of 9/11. I have also consulted on cases such as that of Professor Sami Al-Arian, who was a Palestinian activist, and Dr. Rafil Dhafir, who sent medical aid to Iraq in violation of the sanctions.

What characteristics have your clients shared?
I would put them in two broad categories. First, those who were a little older and true political activists. They were essentially propelled to act by compassion for their Muslim compatriots. In the Al-Arian case, he felt he was acting for the Palestinian people; for Dhafir, it was for the Iraqis. But a second, younger group, I would describe as socially disenfranchised. Their initial impulse to leave a mark on society is positive, but, of course, that’s not how it ends up. Their compassion ends up being used for the wrong ends.

Do you think second group has similarities with kids who end up in urban gangs?
I really equate a lot of what I see with what I see in urban gang kids. Both groups are highly alienated from greater society and distrusting of police.

How do these younger Muslims become radicalized?
I believe they begin the journey out of compassion for injustices, perceived or actual, committed against Muslims. Often this is combined with very little knowledge of the Koran and the teachings of Islam. Their hope to do something important and stop the injustice leads them on a search for information. When they don’t get it from local sources, they go to the Internet, where they find justifications for actions that would otherwise be unjustifiable. They find a jihadist website that throws gas on their growing fire. They don’t know much about Islam and they find a verse and take it out of context. They may end up knowing a lot about a small sliver of Islam. Without the context, anything can be misinterpreted.

And because they spend a lot of time studying rules of engagement in combat, they think they know it all. They also come to see America as the source of the problem. They don’t allow for America defending itself and, yes, sometimes making mistakes like Abu Ghraib. They miss this entirety of America, its civic history, its rich culture, the fact that, while not perfect, we have a pretty open society where Muslims can worship more freely than in many Muslim countries, at least until the “Arab Spring” came about.

Does law enforcement take the right approach to these young people?
I think the current strategy is a “gotcha” approach. I think it would be better if law enforcement addressed the homegrown terrorist issue the same way they do urban gang violence. There is just so much commonality between both groups of kids. They are both socially disenfranchised and searching for identity. We should help steer them away from a negative path.

My concern with the way we have approached homegrown terrorism is that all of the resources go to enforcement, nothing goes to intervention. The DOJ has an office of delinquency prevention. Funding for research, discussion forums, community policing and other intervention can be translated to the home-grown terrorism genre. Law enforcement should learn about the American Muslim community and use it as a resource. American Muslims working together with law enforcement could help divert these young folk, before a few of them make the wrong decision.

What is alienating these young people? Is it family problems?
Not the immediate family, but their interaction with the community around them. There’s a feeling of not fitting in, of being very different, especially vis-à-vis non-Muslims. It’s been worse in the last decade, with growing Islamophobia. That makes some young Muslims feel that they are the “other.” A few of those become radicalized, and a few of those may act on those polarizing comments. 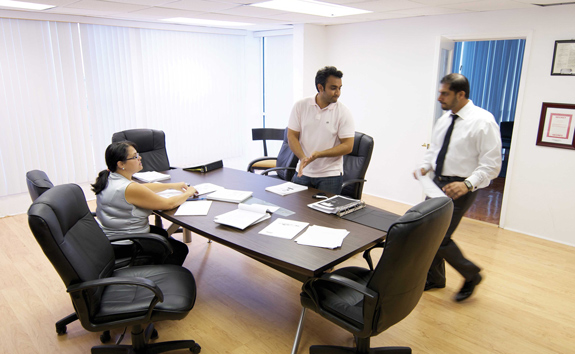 What kind of numbers are you talking about?
A microscopic percentage. I know that public figures, from Congressman Peter King [the New York Republican who earlier this year held provocative hearings highlighting domestic Islamic extremism] to [Department of Homeland Security Secretary] Janet Napolitano, who have both said that this is a huge problem, make it sound like Islamic radicals are everywhere. And, obviously, one individual can wreak enormous havoc. But in terms of actual statistics, it’s infinitesimal.

The American Muslim community is anywhere from 6 to 8 million people, and you can count on your hands and toes the terrorism cases in the last decade. That doesn’t mean that [Islamic extremism] shouldn’t get a good deal of attention and resources. One person can create major devastation. But maybe we can do a better job stopping these young men before that happens.

How are we approaching the community now?
Certain politicians are creating an environment of “us” versus “them.” It’s better to send a signal that we are all Americans. I think the president has done a good job of that, but many other public figures haven’t. And the controversy surrounding the Park 51 community center [established by a moderate imam in lower Manhattan but dubbed the “Ground Zero Mosque” by anti-Muslim extremists] really ostracized Muslims.

More importantly, Muslims and non-Muslims need to find ways to interact. One is through interfaith activities, but there are other things that could be done. And we have to change how law enforcement is perceived as seeing the Muslim community. Stop sending the signal that a higher degree of Muslim religiosity equals a higher likelihood that someone will be a terrorist, and a target for an investigation into terrorism. This perception, even if not intended, makes young Muslims say, “I want to be a part of America, but I don’t think America wants me.” It is also worthwhile for the Muslim community to see law enforcement treat “terrorism” from non-Muslims the same way. It helps to counter the double standard many Muslim youth feel is at play with law enforcement in America.

So that goes back to the alienation issue, and finding a home in gangs. It’s the same thing with young, inner-city kids. We should be saying, “We want you in our community,” so they will feel like someone is looking out for them.

Are there other analogies to the African-American experience?
They share issues of racism and discrimination. In some cases they share poverty or at least despair about the future. For the American Muslim community, there is also growing Islamophobia. There are similarities in how both communities feel law enforcement treats them. There is a reason Muslims adopted the term “flying while Muslim.”

We hear constantly from young Muslims, similar to what African Americans say, that cops harass them. They say they are approached at school, at work, at their mosque. First, cops say, “Hey, we just want to talk to you.” But then they pressure them into becoming informants. If they object, they are threatened with arrest or the bringing of immigration cases or other adverse actions. This doesn’t build trust.

Is that kind of thing widespread?
I think it’s growing. I’m handling a couple of cases right now. I spoke recently at a mosque and three young men said it had happened to them. The enforcement agents say, “I want you to be an informant and if you don’t I am going to make life very difficult for you.” This causes young folks to get angry. They feel very unwelcome in the country they are trying to assimilate to.

I think there is more of an effort to conscript young Muslims as informants because law enforcement is increasingly focusing on homegrown Islamic terrorism, especially after the 2010 Times Square attempted car bombing [by American Islamic extremist Faisal Shahzad]. But I don’t think this tactic alone is useful; we also need constructive engagement early on to take these kids out of this world. We have a duty to treat other people in a just and inclusive manner, not like threats before having any evidence. It’s just not credible to young Muslims when law enforcement says they don’t think Muslim equals terrorism.

What would you like to see happen?
Programs like those used to fight gangs, with funds to help young people participate in positive activities. Let’s build trust, and end this culture of fear of law enforcement. Help American Muslim parents to help these young men through their identity crisis, and bring them back into the American fold.